Former Bush and Obama Administration officials are among those calling for peace, amid uncertainty over the US Election result 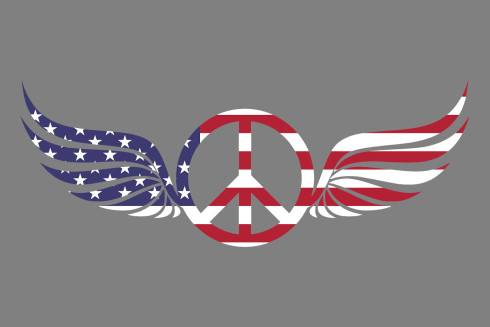 A cross-party coalition has come together to call for a peaceful reaction to the US Election result, amid continued uncertainty and tension over the outcome.

The message, lead by the Peace Alliance and partner organizations, is designed to encourage political and social leaders across America to condemn violence and to promote peaceful dialogue. The statement, which the coalition are asking Americans to sign, says:

"We the people ask all leaders - elected officials, business executives, media personalities, and civic and faith leaders, and others - to promote peace and patience as election tensions grow. We call upon you to speak out explicitly against violence and threats of violence that undermine our American ideals and aspirations."

Joan Blades, Co-founder of LivingRoomConversations.org and MoveOn.org, and one of the signatories of the statement, discussed the current situation in the States, saying that "After seeing the first presidential debate I tried to imagine a unifying statement that could bring together people from across the political spectrum. I spoke to diverse connections in search of what we could agree on. I was disappointed to find so many strongly divergent differences around the election process. There was however one point of deep agreement. While many people were afraid of "those people" on the left or on the right who might become violent, they were all saddened that our tradition of peaceful elections feels threatened."

The campaign has already been supported by notable names, including Oscar winning actor Joaquin Phoenix, and also former White House officials, from both the Obama and Bush administrations.

To add your name, and to find out more, go to peacealliance.org/condemn-election-violence.