Sir Robert, the founder of polling firm MORI, is to moderate a debate on the US Presidential Election between representatives of Republicans Overseas and Democrats Abroad 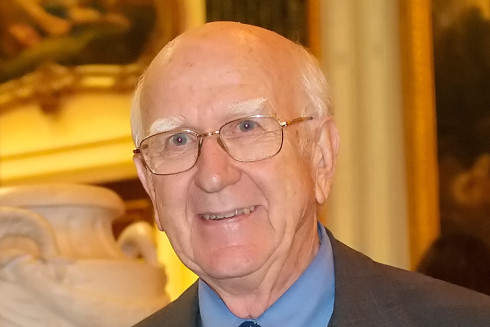 Benjamin Franklin House in association with the Eccles Centre for American Studies at the British Library is hosting a debate on the US Presidential Debate, which is scheduled to take place on November 2, 2020, from 7pm GMT.

The event will be moderated by the hugely respected psephologist, and contributor to The American magazine, Sir Robert Worcester, and will see Greg Swenson of Republicans Overseas debating Bill Barnard of Democrats Abroad on topics relating to the upcoming Presidential Election between incumbent Donald Trump and former Vice President Joe Biden.

Registration is free and open now, so if you're interested in watching the debate, go to this Zoom Registration page, and do let them know you found out about the debate via The American.

For more details on the Eccles Centre, including upcoming events, go to www.bl.uk/eccles-centre. For more information on Benjamin Franklin House, go to benjaminfranklinhouse.org. Plus, for more electoral insights, follow Sir Robert Worcester on Twitter, @RobertWorcester.