An American researcher living in Australia has created a survey to seek the views of American expats on Congress, and the relationship between US politics and US citizens residing overseas. 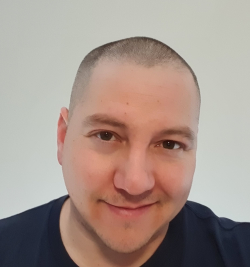 The survey has been created by Michael Ramos as part of “a study of Americans living abroad and their unique relationship with the US Congress”. Explaining why he’s conducting this research, Michael told us that “Americans living abroad are a unique constituency for members of Congress. Not being physically present in the US often creates obstacles in communicating with their elected officials, voting for congressional candidates, and relaying legislative priorities from abroad. As such, this study looks closer at these problems and attempts to identify the issues affecting the Americans abroad community and, hopefully upon analyzing survey data, will lead to realistic recommendations on how Congress could improve its relationship with these long-distance constituents."

You may have noticed in recent months that we at The American have highlighted one aspect of the relationship between overseas Americans and their elected officials in the Senate, in the context of web forms which don’t allow for addresses outside of the US. Georgia Senator Johnny Isakson made a big step in May this year when his website explicitly allowed Georgians residing overseas to enter an address from outside of America when contacting their Senator. Michael’s survey will allow Americans across the world to have their voice heard on their own relationship with American politics.

In the context of big issues like FATCA, US Tax and policies affecting overseas Americans, this survey is a huge opportunity to have your voice heard. Americans who are currently living overseas and at least 18 years of age are invited to take part in the survey – which takes roughly 15 minutes to complete. 15 minutes isn’t a huge amount of time to have a big say in this important survey, so please go to https://latrobe.co1.qualtrics.com/jfe/form/SV_6XqB6bZ7GVB9arH to participate and have your voice heard.

If you'd like to keep up to date on issues affecting you when living, working or traveling outside of the United States, sign up to our Free Weekly E-mail Newsletter.