Where in North America are you from?

I am from Richmond Hill, just north of Toronto, in Canada.

How did you first become interested in motor racing?

Having grown up with a father who raced in Formula Vee and Formula 2000 across North America, I had exposure to the sport from a very young age. However, my real passion for racing came from the first time I drove. At age 9, I was living in Barbados, and a friend of my father’s let me have a go in his son’s kart. From the first time I turned a wheel on the track, I was hooked, and as soon as I started racing I realised how much I loved the sport. Since then, my passion for racing has continued to grow, and I’ve found that motorsport is something that I want to be involved with for the rest of my life.

Congratulations on being selected to participate in the inaugural W Series. How did you become involved in the Series, and how did it feel to achieve your seat?

I actually found out about the W Series on the way back to university from a tennis match. On the train, I got a call from my younger brother, who also races, saying that a new female-only championship called the W Series had been announced, and that I should look into it. After seeing the opportunities that the W Series would provide to female drivers such as myself who are trying to progress up the racing ladder, I applied as soon as I could. As a driver with a limited budget, I could never have imagined that I would be racing a Formula 3 car, but the W Series has now made that possible.

When it was announced that I made it through to the final grid for the 2019 season, it was the most amazing feeling in the world to know that all of the hard work that has been put in, both by myself and by the people who have supported me, has paid off. Right the way through my racing career up to this point, it has been a dream of mine to be able to say that I am a professional racing driver, so my name being on the list of drivers to make it into the W Series was literally a dream come true for me. I still find it surreal to think that less than 12 months previous, I was deciding which Formula Vee races I would be doing, and that I now will be racing in a Formula 3 series in Europe!

As the W Series takes place in Europe, where will you be living during the season?

I am currently at university in London, England, studying Aeronautical Engineering at Imperial College. During the final term, I will be living in London between W Series races. After the school year finishes, I’ll be splitting my time between living in Canada and travelling to Europe for the races.

The W Series takes in some iconic circuits - are you looking forward to racing on a particular track?

I’m looking forward to all of the races. With two former Formula 1 tracks and one current F1 circuit, as well as MotoGp tracks like Assen and Misano, we have the opportunity to compete at some of the world’s most iconic motorsports venues. Being the support class for such a high-profile series as DTM will also add to the experience of racing at these tracks, and I’m looking forward to a great season ahead.

What are your hopes and goals for the 2019 season?

My goal for 2019 is to win the W Series. It will definitely be the biggest challenge I’ve faced in motorsports so far, because that’s the same goal as 17 other very talented and experienced drivers. As one of the least experienced drivers on the grid, having only been racing cars for two years now, I am looking for continued improvement throughout the year so that as the season goes on, I fully expect to be running at the front. I have shown at the testing in Almeria as well as throughout my racing career that I can learn quickly, and this will hopefully serve me well over the months to come.

How do you think experiences of driving in Europe will compare with driving in the States?

I’m looking forward to the new environment both on track and off track. I have thoroughly enjoyed the great atmosphere and passion for motorsport at the tracks that I’ve raced at in America, and I expect the same positive environment in Europe. I feel that racing in the States has given me a great foundation upon which I hope to build my career racing in Europe. Knowing that I am now racing in what is seen as a hub for motorsports and especially single-seater racing worldwide is very exciting for me, but at the same time I will treat the experience as I would any race in North America. My goal is to win wherever I am racing.

What is your ultimate career goal?

My ultimate career goal has always been to work in Formula 1. The main goal which has been a dream of mine ever since I did my first race in a kart was to make it into Formula 1 as a driver. As well as that, and to keep my dad happy, I thought it was wise to have a back-up plan, especially in a sport that is so competitive at all levels of racing. At university, I have been studying aeronautical engineering at Imperial College London with the hope that, if I do not make it into Formula 1 as a driver, then a degree in this course will help me to work in F1 as an engineer.

My perfect scenario would be to have my younger brother Nick, who is currently flying in karts, as my teammate in a Formula 1 team in the future.

How important do you feel the W Series will be for opening more opportunities for upcoming female drivers, creating more sponsorship to back female drivers, and for encouraging more women to take up the sport?

From my perspective, prior to the W Series, I have only ever raced in low-cost series such as Formula Vee due to having limited funding. As a driver with a limited budget, the furthest I could have realistically gone in my racing career without some significant external backing would have been Formula 2000, which I did a couple of races in at the end of 2018. I could never have dreamed of racing professionally in a Formula 3 championship in Europe, but the W Series has now given me that opportunity, whilst taking the pressure off of myself and my family to find sponsorship to race at such a high level. With the goal of helping to progress female drivers to the pinnacles of professional motorsport such as Formula 1, IndyCar and Le Mans, the opportunities that the W Series provides to its drivers are unparalleled, as it is a fully-funded championship with a total of $1.5 million available to us in prize money, and it is run and backed by some extremely influential names in the motorsport world who can help to develop us as complete, well-rounded drivers. A platform like this just doesn’t exist anywhere else in motorsport, and especially not to the extent of the W Series.

The enormous media and social network since the launch of the W Series has made a huge impact on both its drivers and the profile of women in motorsports as a whole. Throughout the selection process, I have been interviewed in podcasts, radio shows, national newspapers, and magazines. This has been a massive help in terms of raising my media profile, which has led to further potential racing and sponsorship opportunities.

In terms of encouraging more women to get into the sport, young female drivers can now see that it is possible for women to make it to the level of Formula 3, without needing an F3 budget which very few young drivers have. Overall, the profile of the series and its supporters is making a huge difference in changing the face of motorsport.

Finally, how does it feel representing your nation in the inaugural W Series?

It means so much to me, as a Canadian, to be bearing the Maple Leaf on my car and race suit at the highest level of female motorsports. I am so proud to be the Canadian driver in the W Series in its inaugural year, and I hope that my success influences young girls in Canada and North America currently racing in karts to make the next step on the racing ladder.

To find out more about the W Series, which starts on May 3rd at Germany's Hockenheim Ring, check out www.wseries.com. The Series reaches the UK in August, with the drivers competing at Brands Hatch in Kent over the weekend of 10/11 August. Keep an eye on the W Series via their Social Media Channels: Twitter @WSeriesRacing, Instagram, Facebook and Youtube

See our other interviews with the W Series 2019 North American contingent below. 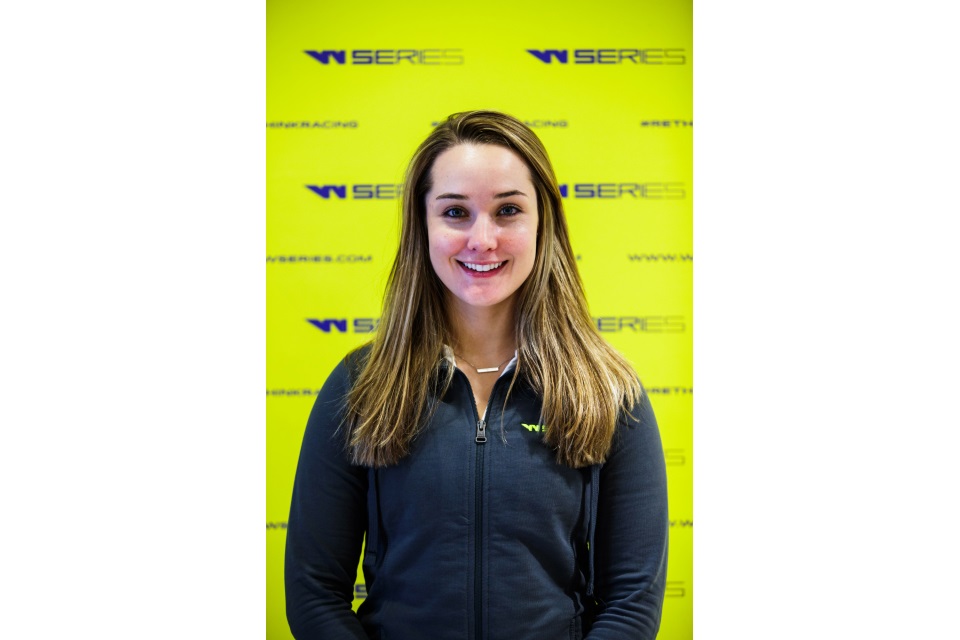 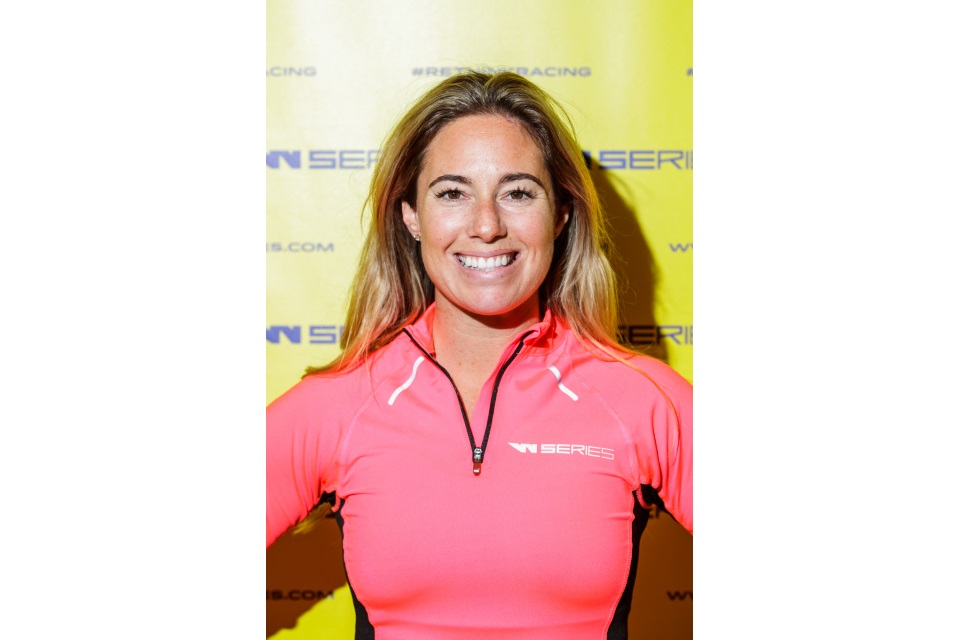