All My Sons
By Arthur Miller
Old Vic Theatre, London until 8 June
This Old Vic and Headlong co-production will be broadcast live to cinemas internationally on May 14, 2019: Click Here
Reviewed by Jarlath O'Connell

The part of the Kate Keller is often overlooked in estimations of the great female stage roles, partly one suspects because, on the surface at least, she seems to be just a suburban Mom. It is actually one of the best and here Sally Field, in her overdue West End debut, shows us exactly why.

Too often actresses pitch this role too high and then have nowhere to go but Field totally paces it right and while the anxiety and restlessness is evident from the outset in her haggard face, she refuses to sentimentalise the character and indeed often renders her truly unsympathetic. By the end, which is pure Greek Tragedy, we recognise that this 1940’s Ohio suburban Mom is made of sterner stuff than anyone around her. She’s the Medea of the Midwest.

Field is joined by another movie star, Bill Pullman, as her husband Joe. His easy matinee idol charm convinces us how Joe would have made it as a successful businessman but he then quietly reveals the layers of evasiveness beneath. It’s as if he’s unwittingly tied himself up in knots. The play of course is about how secrets and lies will eventually consume you and although it was Miller’s first hit, his big theme is front and centre here – that we’re all connected and responsible for each other.

The story tells of a manufacturer of airplane parts during WWII whose defective products wound up killing 21 pilots on missions over the Pacific. The crux of the drama is that the parts were known to be defective and the question is who authorized their despatch?

Both Joe, the boss, and Steve, his underling, have served time in prison for doing so but Joe was exonerated on appeal as he claimed that he was sick on the day those parts were shipped out and that Steve made the decision alone. Steve is still in prison as the action begins some years later.

The moral compass of the play is provided by the idealistic son Chris played here with a piercing honesty by Colin Morgan, an actor who after Translations and now this is certainly on a roll.

Steve’s daughter, Ann (Jenna Coleman), was all but engaged to Chris’s brother, Larry, before Larry was killed in the war and she has now returned from exile in New York, hoping to marry the besotted Chris instead. For Kate it is an article of faith that Larry must be still alive and so she forbids the marriage. She has kept Larry’s room as a shrine and is obsessed with horoscopes and stories of late returned heroes.

TV (Doctor Who and Queen Victoria) star Coleman, also making her West End debut here, is incredibly impressive and brings a gravitas to Ann that is more than a match for the Tiger Mom Field.

Ann’s bitter older brother George (Oliver Johnstone) then appears. He’s just visited their now wasted father in prison and he is set on stopping the marriage and also exposing the whole truth but Kate wins him over with offers of his favourite grape juice and appeals to their shared familial memories. Both families grew up side by side.

Field delivers this shift of gear for Kate with a frightening intensity. Suddenly the shaky obsessiveness is gone to be replaced by cool-headed logic and she makes you wonder how much Kate really does know at this stage. This slow unveiling of the characters’ tactics is brilliantly conducted by director Jeremy Herrin and he has the whole audience riveted to their seats.

While the piece may be rather slow for modern tastes, there is no denying how supremely crafted it is and Herrin and this impressive company pay it a great tribute here. 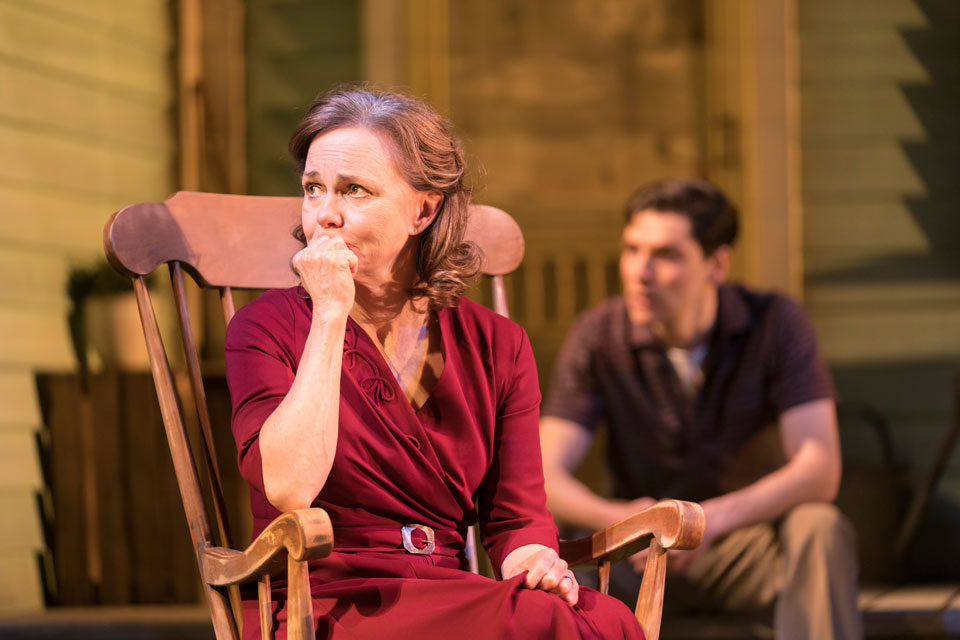